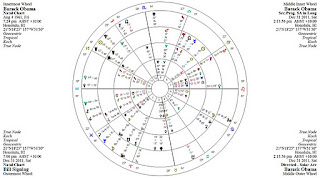 New Year’s Eve evening President Obama signed the controversial defense bill that he had previously threatened to veto. The main problem is that it pretty much ends our rights as we’ve known them. Most Americans probably have no idea what has just happened. Now the Executive branch has unprecedented power, including being able to arrest, prosecute and imprison American citizens without due process. All they have to do is suspect you are a “terrorist.” It has been announced by members of congress that among things that indicate that you are suspect includes having more than seven days’ worth of food in your house! Another is paying with cash! Have you noticed large signs on highways encouraging you to phone a number if your neighbors are doing anything suspicious? All you need to be arrested without cause is a vengeful neighbor who wants to cause you pain. All of this is like an Orwellian nightmare.

Although Obama added a written statement that he had “serious reservations” and would not actually use those powers, it passes on to all subsequent presidents who may have no reservations at all. This power lasts until the “War on Terror” is over. As Jon Stewart said, however, that is subjective. WHAT indicates that it’s over? Does “Terror” surrender? This could be perpetual unless something is done to change it.

When I heard of this betrayal, I looked at Obama’s chart to see what was going on that day. Transiting Neptune was exactly, to the minute, square his MC! This is blatant deception revealed, and/or he is totally without a clue what he has just done. This isn’t the first time for that aspect since he’s been in office, but it is the last before it goes into Pisces on February 3rd. The backlash on him for this very treasonous decision will start in about three or four months…or at that time he will be dealing with very serious issues and it will fill the rest of his term. Right now a pattern is forming (and actually has already been active), and it will be triggered often this year. Secondary progressed Mars and Mercury are occupying 25 and 26 degrees Libra. They are marching steadily toward a square with his natal Saturn-Jupiter conjunction at 25 Capricorn and 0 Aquarius. The progressed Mercury already was partile to squaring Saturn less than a year ago. I mentioned it in a previous blog about his chart. Besides this, progressed Ascendant is approaching an opposition to this pattern. Transiting Saturn will be back and forth over this pattern in 2012 in April, and again from August through early October. The progressed Ascendant will oppose the progressed Mars exactly sometime in late August/early September—a dangerous period for him in dealing with rage from others. Around August 17-20 Mars will also trigger the progressed pattern described above which could activate it early.

I think this bill signing will fuel the occupy movement even more and cause a backlash that Obama never dreamed his “sheeple” would be capable of doing. Let’s see what happens in April.
Posted by Carole Devine at 11:13 AM