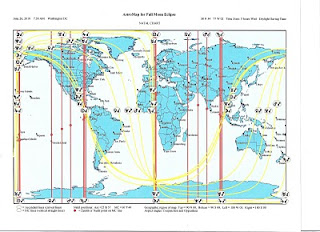 For many years, astrologers have been writing about this time. It is significant. We are entering into a new paradigm in our collective evolution, and this is the week that it gets down to business. We have compared the years 2008 to 2015 to a combination of the Great Depression and the turbulent sixties, but because we are in different circumstances, leadership, problems and technologies, it will follow its own unique script which no one can predict, since we do have a modicum of free will—and the more conscious we become, the more we acquire.

As the so-called “recession” went on in the last couple years, we astrologers have been saying it was only an introduction to what is to come. It was the prelude, when the events and actors took their places on the world’s stage and “set the scene” as the curtain went up on the drama about to unfold. With this month’s Cancer Ingress and the eclipse of June 26th, we begin to get deeply into the process. We’ll see how serious it all is when we get to the end of July and early August. For this reason, I have set up Obama’s forecast for August 1, 2010 which we will explore later on in this offering.

The Summer Solstice
On June 21st at 7:28 am EDT, the Sun entered Cancer, also called the Summer Solstice. The chart for this event at the beginning of each season (Autumnal Equinox, Winter Solstice and Vernal Equinox are the other three) is important to show us what to expect for the following three month period. To determine how it will affect each culture, it is calculated for the co-ordinates of the capital city of any particular country. Using the co-ordinates for Washington DC, the resulting chart prominently features the approaching dynamic cardinal T-square, and it involves the Sun this time, as well.

The Jupiter-Uranus part of it is near the MC showing erratic leadership. Pluto squares the same point, and that can designate power struggles (as we are witnessing) and tension in leadership, particularly. Whomever is leading the country, and it can be said it’s the entire government—not just one person, can expect some unsettling upsets regarding very serious issues—like the Republican rift over exposure of their support of Big Oil by the public apology to BP from Senator Joe Barton.

Especially tight is the Uranus-Sun square, which indicates sudden surprises regarding national financial issues (they rule second and eighth) as well as a discontented and rebellious populace. And with Pluto opposing the Sun, this will not be an easy three months ahead—especially concerning financial issues and employment which fuel this rebellion. With the Sun in the 12th, it won’t be entirely visible this quarter, but a movement is growing since Jupiter is involved. We know about the tea party movement, but there is also the Zeitgeist movement (you can Google it) and probably several others. This particular configuration usually is present when there are revolutions that lead countries into a new direction. When this separates and moves on in a couple years we’ll look back on this time as the turning point when drastic changes occurred.

With the ruler of the chart, the Moon, placed in the fourth house, we will be focused on domestic issues as well as fundamental security whether brought on by the economy, weather or just plain survival. Fourth house is very basic—our foundations. Further, the Moon is in the last degree of Libra. Most of the Sabian Symbols for each degree are rather personal, but this one is quite different. Rudhyar’s definition in An Astrological Mandala is:

"(Keynote: the fulfillment of man’s power of understanding at whatever level of existence the person operates.)
…Understanding and wisdom develop in terms of the life of community and through experiences provided by interpersonal and group relationships. Cultural factors are always involved, even though true wisdom transcends cultural values and is rooted in the essential nature of Man. What is at stake here is a HOLISTIC APPROACH TO KNOWLEDGE, based on Universals.” (page 191)

We are at a precipice where we have choices to make. Do we allow greed to continue unabated? After all, it is hardly logical that 90% of the wealth of the world be in the hands of 1% of the people and that at the expense of masses of peoples’ suffering. Do we continue to deplete finite resources and destroy the planet we depend on for survival? This particular three months’ of time should awaken us (Uranus square the Sun) to just how dangerous this is, and thus help to develop our collective “understanding.” There are many layers to this. Do we understand the power of the mind and spiritual laws, for instance? As a “masse consciousness” we have an enormous gap in understanding.

The Lunar Eclipse of June 26, 2010
This particular eclipse is powerful because it is in tight alignment with Pluto, which is part of the T-square coming into partile just ahead. Rather than talk about the chart, itself, I think the Astro Map of this eclipse is very graphic in helping us understand the importance and pivotal affect the Gulf Oil Disaster is having in precipitating the events that we’ve been expecting this year and for the next two years, at least.

We can discern quite a bit about where in the world our country’s attention will be focused by constructing an astro map (see image above) using the eclipse date and time, and our capital’s co-ordinates. Most of the current computer programs have an astro mapping application based on Jim Lewis’ famous Astro*Carto*Graphy premise. This map (from the Kepler program, btw) shows where planets would be on the angles of the chart if one were born in various places. In the map above, calculated for the date and time of this eclipse, you can see glyphs for all the planets’ angular positions; the red lines are the MC/IC axis and the yellow lines are the AC/DC axis. Wherever those lines pass over places our attention will be drawn to those geographical areas for the next six months at least. And it’s especially potent in a large swath where they happen to cross each other.

Note the plethora of lines going through the Gulf of Mexico. These are the eclipse line, itself, plus Mercury and the T-square of Pluto with Saturn, Uranus and Jupiter. In a nutshell, we can expect extreme disruption (Jupiter and Uranus), serious concern (Saturn) and great annihilation (Pluto) in that area. Looking over toward Indonesia, we see a mirror image of this, where there will also be similar energy. These same planets are on other angles through Western Europe and in the Pacific Ocean near the longitude of Midway Island. For some reason, our country’s attention will be drawn to those areas, as well. This is so graphic, there is very little else to explain.

Obama in August
During the last presidential campaign, I wrote in one of my analyses of the candidates (archived on my site www.devineadvantage.com) that if Obama were elected, he’d come into the office very bewildered about what to do. (I believe he realized what he was in for just after the debriefing from Bush.) Neptune was just past his ascendant and about to oppose Uranus, the ruler of his chart. It was evident that he wouldn’t know what to do first. But, Aquarius, as a sign “type” projects an air of certainty. So it would be hard to spot vacillation since it isn’t the characteristic “m.o.” of Aquarius. Actually, it has been nicknamed the “know it all” sign, when used negatively, and because it is fixed, the natives usually remain married to their certainty of being right. Uranus, which rules his chart, is in the seventh sector, which has Libran energy undertones, and therefore, his by-partisan efforts. Libra, ever the diplomat, tries to get all sides to “get along” and is willing to compromise.

Now more than a year later, Neptune is still opposing Uranus and his nodal axis, as well. But new things are just over the horizon. When the progressed Sun changes signs, there is usually a great change in personality. It has been in analytical Virgo, and will pass into Libra. One of the negative traits of Libra is indecisiveness and getting many, many opinions before acting, if indeed, it ever happens. It can look weak. Jimmy Carter is a Libra. It’s better for a diplomat than a president. But, it has also been nicknamed “the iron fist in the velvet glove” and can be quite a potent energy when used well by getting it’s way using shrewd diplomacy.

Obama’s progressed Sun is now in the last degree of Virgo and will change signs before August is over. And where is Saturn now? In the last degrees of Virgo, and it was there contacting his progressed Sun last October and again right on top of it in April during the initial days of the BP disaster! His progressed Sun and transiting Saturn are together going into Libra this summer and will join the other major players in the great T-square (a right triangle configuration) of outer planets that are the harbingers of this turning point in history. At the same time, they are both exactly opposing Uranus and Jupiter, with Mars at 2 degrees Libra, for good measure.

But, that’s not all! Obama has Venus at 1:47 Cancer, which fills in the fourth part of a grand square in the sky. Saturn and Mars (and his progressed Sun) are 90 degrees from his Venus, Pluto is opposite it, and Uranus and Jupiter are on the other side 90 degrees from Venus, as well. The USA Venus is 3 of Cancer, and so is close to Obama’s position. It doesn’t get much more stressful than that relative to world history, so we should be witnessing dramatic events that will awaken us to finally implement changes and do something about the state of affairs we have caused—either by greed, ignorance or apathy. The only thing I see in Obama’s chart that would indicate effective leadership at this time, is about eleven months after August when his progressed Sun trines natal Jupiter. However, close to that time solar arc Pluto is square Saturn, and that is one of the most difficult aspects anyone ever endures—very strong-willed, though.

In the beginning days of August, Obama’s progressed Mercury (at 25:19 of Libra on 8/1) will exactly square his natal Saturn (at 25:20 Capricorn—8/1), which indicates depression, fatigue, and impotence of words. And with Saturn just having crossed his progressed Sun position in Mid to late July, there may be good reason.
Posted by Carole Devine at 9:11 AM