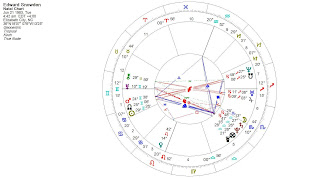 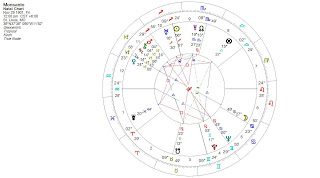 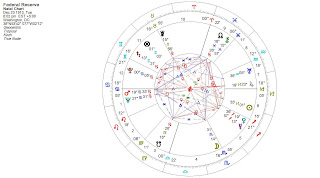 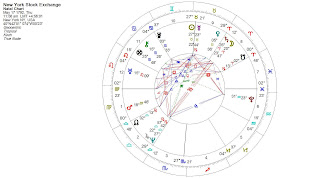 So much is going on, for the last few weeks every time I started a blog, something else would happen, and I’d suspend it for a new topic. Then I heard Eric Francis on Planet Waves FM talking about Edward Snowden (he obtained a birth certificate, so we have a time of birth) and Monsanto. Eric has an article about Monsanto in an upcoming Mountain Astrologer issue. He obtained a time for them from a rectification by Larry Ely. THEN the Stock Market fell more than ever this year. This blog will be a long one.

I’ve had a children’s book in my head for years, which I’ll probably never write, and in it I present the polarities (opposing signs—the ones six months apart—are opposite energies of the same principle) as married couples. The one for Gemini/Sagittarius is the couple who talks a great deal to everyone, gathers information, is curious about what’s happening and publishes the community newspaper, sharing all the news. Edward Snowden is a double Gemini born on June 21, 1983 at 4:42 a.m. in Elizabeth City, NC. Even though his Moon is in Scorpio, which rules espionage, secrets, etc., he has Jupiter, Uranus, Neptune and the south node in Sagittarius. In Gemini, besides the Sun and Ascendant, we also find Mars, north node and Mercury. He’s in the information business.

Jupiter conjunct Uranus in Sagittarius is exceptionally idealistic, and opposing Mercury, he’d be quite aware of information or ideas that did not fit his ideal. Sagittarius is the epitome of honesty. A first house Sun and Mars is gutsy, impulsive maybe, and definitely courageous. It also has its own brand of idealism.

In addition to all this, there is a conjunction of Saturn and Pluto in Libra. Libra is the sign of justice, fairness, and equity. This young man is just acting out his chart. He’s idealistic, maybe brave to the point of foolhardiness and willing to work very hard (Saturn/Pluto) for justice (Libra).

Over the last few weeks, Jupiter has been transiting his Gemini Sun and Mars. And four months ago solar arc Moon opposed his Mercury, which was probably when he decided to do what he did. Most of all, though, right now as I write this, his progressed Sun is exactly square his progressed Saturn meaning that he is going to be extremely limited for now. He has just had the US government put out a warrant for his arrest. In two years—closer to one year and 11½ months—his progressed Sun goes into a new sign, Leo, and at that time his life is altered significantly. Three years after that it trines Jupiter, so I don’t believe he’ll be put away and forgotten.

This mega corporation was born November 29, 1901 in St. Louis, MO at noon, according to Larry Ely. I had been using this chart with a 9:00 a.m. time, so was happy to have an expert like Larry rectify it based on past events.

This chart has quite a few planets in Capricorn (big business). Aquarius is rising. Aquarius is often called the “know it all” sign and is noted for invention and innovation. We can certainly see that in this company. The ruler, Uranus, is in the tenth, but most importantly, is opposing Pluto. These are the most angular and therefore, the most important planets in the chart—except for the Sun, which is tightly conjoining the MC. This opposition was prominent in charts at the turn of the century and was the signature for major inventions at that time that changed life as we had known it.

I cannot think of a better metaphor than Uranus opposing Pluto for the kind of things Monsanto does. Uranus (sudden) opposing Pluto (death) is prominent by progression, transits or solar arcs in charts showing assassinations. It represents abrupt change that is thorough and complete. It is ruthless and willful. There is very little concern for “collateral damage.” There is no time here to get into all the things this chart shows, but I do want to point out some current aspects.

First, the progressed Sun will go into Aries in three months. Expect them to get worse—more willful and more aggressive. This is especially probable because progressed Mars is at 1:39 Aries right now, and the Sun will soon catch up and conjoin it. This is already being planned since the progressed MC is now separating from conjoining it. Many negative people think a good offense is the best defense. The progressed Sun has been in Pisces for the last thirty years, and the negative side of Pisces is like flood water stealthily leaking all over the place and not noticed until it is too late.

The solar arc ascendant is now activating the above Uranus-Pluto opposition. It opposed Uranus about 10 to 11 months ago, which would be a “waking up” on their part to their public persona. In six months it will conjoin Pluto, bringing out the ruthless part of that opposition. It COULD be the “death” of them (Pluto=death) or a rebirth (progressed Sun entering Aries) of their ruthlessness in another direction. Since Pluto rules the chart’s ninth house, it can also be a new tactic regarding their role in politics.

Monsanto’s Mercury is in Scorpio, naturally, and it squares the Ascendant. Secrecy and deception is innate to the company, and in conflict with their projected image. We’ll probably never hear about what is really happening, no matter what it is.

The Federal Reserve was born on December 23, 1913 at 6:02 p.m. in Washington, DC. That was when President Wilson signed the legislation. (Read “The Creature from Jekyll Isand” to see what was behind it.) Thursday just passed (June 20, 2013) we had a huge drop in the stock market purportedly because Bernanke said he was removing the stimulus gradually. Actually, it was a global event, so most likely that was not the reason. I haven’t researched it further, but it is interesting that on that day the Sun was conjoining the Fed’s natal Pluto at zero Capricorn and squaring the zero Aries MC on Friday, as well. I believe a lot more is happening. Pluto in transit is opposing the Fed’s progressed MC. Plus, the Federal Reserve’s solar arc Saturn is quincunx the stock exchange’s Pluto! (next chart)

[I did a lecture recently at the Richmond NCGR about how one entity’s progressions and solar arcs affect another entity’s chart. It can explain the real drama behind personal relationships.]

Since this quincunx was separating by about six weeks, I have to wonder about Bernanke’s motives, and I’d suspect it would be about jobs since the stock exchange’s Pluto is in its own sixth house. And to top it off, the stock exchange’s solar arc Mercury, which rules its chart, is opposing the Fed’s Pluto and square its MC. Something very important is afoot. There is a lot more, but would require an article of its own.

I’m not a financial astrologer, but I can read charts, and they are all based on sound principles. The NYSE chart started on May 17, 1792 at 11:56 am. LMT (this was before standard time, so LMT means local mean time—that is real time according to astronomy) in New York, NY. Essentially, it was noon, but I’m not so sure that was the real time it started. We use noon for mundane charts when in doubt. The time it started would be the first trade. I wonder if anyone knows when that was. I don’t know enough about finance nor even have time to rectify this, so I’ll use what we have.

But, there are many things we can look at that would not require the time, and plenty is happening!! On September 29, 2008, there was a drop of 777, which was the worst in ages. At that time, in this chart, it is fascinating to see that the secondary progressed Uranus was exactly to the minute opposing the NYSE chart’s Pluto. Remember this aspect from the Monsanto analysis? This chart has that aspect too, but with an eight degree orb, meaning it is weak. I usually don’t count orbs of the outer planets over six degrees. On this date, Uranus had progressed to an exact opposition. But, that’s not enough. In addition, the sec. prog. nodal axis was on the NYSE’s Mars within one minute. Solar arc Saturn had opposed the Sun eight months earlier, which was probably the basis for this. Most of all, transiting Pluto was conjoining the progressed Sun—and MC, but since they are the same, we can’t count the MC. Also, solar arc Mars was conjoining the Moon, also within minutes. This shows a “ruthless” event.

Now we are about to have a supermoon tomorrow at 2:10 Capricorn/Cancer. The nodal axis of the stock exchange chart is 2:12 Aries/Libra—or in other words, square the position of the supermoon. The stock exchange’s progressed Sun is 3:48 Capricorn. That, of course, is not enough to show anything, but consider that over the last couple days Saturn in transit has been opposing Venus in this chart. Saturn is in Scorpio, and this is the first contact to many fixed positions in this chart. When it gets to 15 to 28 degrees, we should have some serious issues. That would be from this October thru September 2015. However, Uranus will activate the NYSE’s Moon-Saturn opposing Jupiter-Neptune starting in the summer 2015 until well into 2018. Since solar arc Mars will also be in that territory, we have a long way to go before we see stability.